Alix Soliman 0:00
Today, the Environmental Protection Agency repealed a rule under the Clean Water Act that was intended to restrict agricultural runoff from polluting streams and wetlands.

The rule is regarded by environmental lawyers and activists as necessary to eliminate water pollution, which is the stated goal of the Clean Water Act. Trump issued Executive Order 13778 to revise the rule in 2018 in an effort to limit the Clean Water Act’s purview to major waterways with a “relatively permanent surface connection.”

Trump asserted that the rule infringed on the rights of farmers, landowners and real estate developers who would be required to get permits from the EPA to discharge pesticides, waste and other chemicals.

In Oregon specifically, how will this affect our waterways?

James Saul 1:04
Well, there’s a possibility that the Oregon Department of Environmental Quality, chooses to follow the Clean Water Rule instead, in other words, chooses to take a broader interpretation of to what waters that Clean Water Act applies, and there has been some indication that, you know, coming out of the governor’s office that they have stepped away from or tried to avoid following the Trump administration rollbacks of a number of environmental rules.

But specifically with the Clean Water rule, if they do, in fact, begin to apply the old definition. You know, again, a number of wetlands and tributaries are left vulnerable. And that also would jeopardize potentially some species that rely on those waters for their habitats throughout Oregon, both in the wetter coastal and Western Oregon landscape, as well as Eastern Oregon where a lot of these streams are a little more ephemeral and flow only in response to heavy rains, for example.

Alix Soliman 2:05
So will it go back to the 1986 kind of understanding of “waters of the United States” do you think?

James Saul 2:12
Not entirely. So the 1986 definition, as it was written, was very broad. For example, it had a provision that would apply the Clean Water Act to “any waters, the use, destruction or degradation of which might affect interstate commerce.” And for a long time, actually, for a couple of decades, the US EPA and the Army Corps of Engineers interpreted that provision very broadly, and would use it to apply to any number of small and isolated wetlands and ponds and tributaries.

But later in the dawn of the 21st century, there was a pair of US Supreme Court lawsuits, US Supreme Court decisions that really limited that language. The most recent one was a case called United States vs. Rapanos from 2006. In that decision, the opinion that at least gained the most traction out of that case required what’s called a “significant nexus.” That means for a water to be jurisdictional under the Clean Water Act, it has to have some direct and concrete nexus with the physical, chemical or biological attributes of a more traditional “navigable water,” like a major river.

That significant nexus standard was the basis for the Clean Water Rule passed in 2015, and that standard will still be applied. So what we think the agencies will do, and in fact, what they have said today that they intend to do is to apply the 1986 regulations, but with that “significant nexus” limitation still attached to it. If they go beyond that, then they’re certainly at risk of acting in a way that the current Supreme Court would find to be contrary to the Clean Water Act. So it won’t be quite as broad as it was in 1986.

In fact, we would expect with this administration and this EPA, that they will have a much narrower interpretation of Clean Water Act jurisdictions than the Obama EPA did, for example. But as you may have seen, EPA and the Army Corps have proposed a different interpretation of their own. So today’s step is really kind of the first step. It’s the rollback of the Obama rule. I think, by the end of 2019, we’re going to see a final replacement rule from those agencies that is even narrower than the 1986 regulations, unfortunately.

Alix Soliman 4:45
As an environmental lawyer, how does this affect your work directly?

James Saul 4:48
Well, it affects the work that regulators do, because regardless of whether you work at the EPA, or the Army Corps, or at the analogous state agencies like the Oregon Department of Environmental Quality, you have to apply these statutes and these regulations as they’re written, and as they’re, in most cases, as they are interpreted by the main implementing agencies.

Regulators, at least at the federal level, will have to take the new and narrower definition into account when they issue permits, for example, for polluting discharges, or for wetland-destroying activities.

In fact, many such waters, especially wetlands that aren’t directly adjacent to navigable river are going to be essentially without Clean Water Act protections, and therefore the filling or the destruction of those wetlands won’t require any federal permit or any federal review, which is really tragic.

It affects the work that we do on the public interest side as well because the same regulations apply to us and affect the types of enforcement cases, for example, that we can bring under the Clean Water Citizen Provision.

Alix Soliman 6:01
This is the latest in the Trump administration’s environmentally regressive policies. This summer alone, the administration has attacked energy efficiency standards for light bulbs, methane emission regulations, and the Endangered Species Act. With KBOO Evening News, this is Alix Soliman. 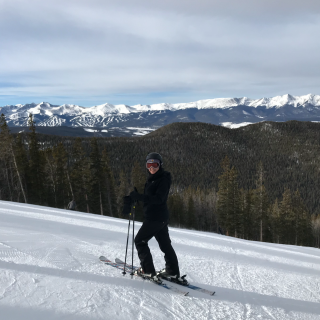